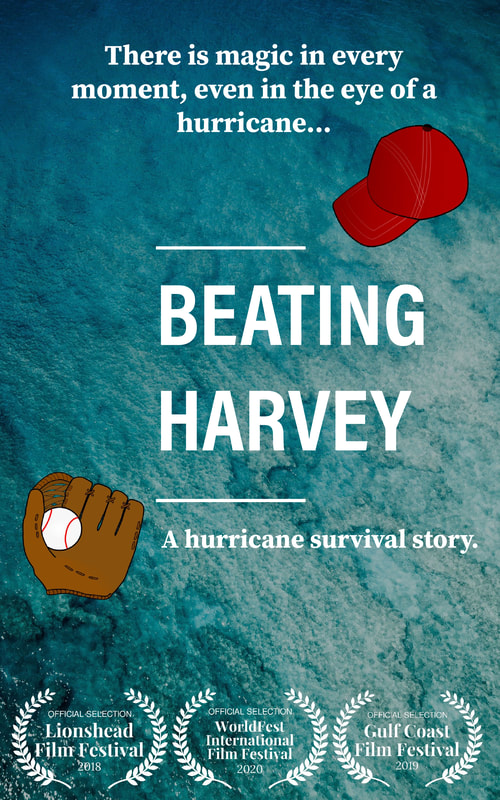 Teo is a normal, twelve-year-old, Houston boy who loves his parents, his two little sisters, and baseball. His family doesn't have much money, but they are happy. Then Hurricane Harvey hits, and his whole family is left homeless. After the storm, Teo's love of baseball helps inspire the family to continue on when he turns on a TV and watches as the Houston Astros beat Harvey, the fearsome Mets pitcher. Together, they start to rebuild, cheering as they watch the Astros win the World Series.

Directed by JP and based upon the true story of JP's family trying to escape the fury of Hurricane Harvey,  Beating Harvey  is currently on the festival circuit where is already has won several awards, including a Platinum Remi at the WorldFest Houston International Film Festival!